This showcases innovative space scenarios for the 21st century. The space race is on! 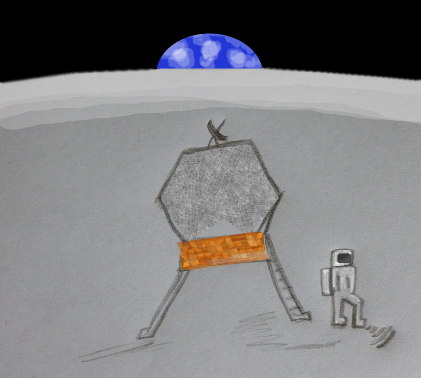 In 1969 the Apollo space programme landed a rocket on the Moon and made a giant leap for mankind. Since, many satellites have been put in orbit around the Earth, probes and rovers have explored the solar system, telescopes view distant objects in the Universe, a space station orbits the Earth, and now we are ready to launch the next great space race! This will involve several countries and companies.

Space walk? No send the robot 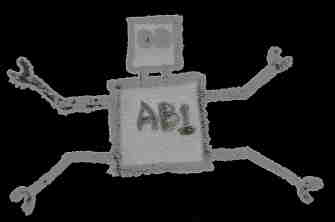 Here is a picture of a terrified robot. Seriously though, we should avoid sending astronauts outside space vehicles to do "extra-vehicular activities" when a remote controlled robot can do a better job, and keep people safe inside the space vehicle. See: Astrobot.

Currently the space sector seems set on putting tens of thousands of satellites into Earth orbit, and relatively low cost cube-sats might mean that we push the number beyond 100,000. This provides great opportunities for global communications, weather monitoring and a wide range of remote sensing projects. However, we have to mindful of the fact that there will be a practical limit, beyond which it makes it very difficult and risky to launch future rockets. Complex paths would have to be sought that avoid thousands of satellites orbiting at different altitudes and speeds. As the number of satellites increase these moving windows of launch opportunity get smaller, until it becomes impractical.

Some satellites have passed their expiry date and stopped working, but we have to wait helplessly until they fall into a lower orbit and burn up in the atmosphere. (In addition, there are small rogue items whizzing around at great speed - these can destroy a satellite and create more items, with the potential of a chain reaction that destroys more satellites.)

So we need to be proactive and prevent the inevitable chaos that would result from our current orbital philosophy. One way we could do this is by establishing a limited number of orbiting space platforms, which contain all orbital devices. This means fewer orbital paths have to be tracked and launch window opportunities remain viable. Each platform would provide the basic infrastructure that satellites currently require: orbital stability, solar power, and communications. Platforms would first be established in orbit, then managed services could be offered to all organisations that wish to benefit from space ventures:

» launching and docking their devices on a platform

» repairs and replacements, and

Because devices would not have equipment for orbital control, power, or communications the costs would be lower. 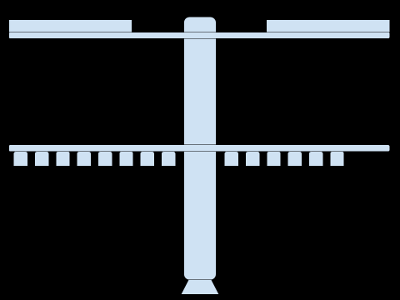 The schematic shows a platform with solar panels, attached devices, and space for additional devices.

There are massive opportunities and benefits to building things in space, rather than on Earth. In the 2020s we could be building space vehicles and structures (e.g. solar panels and shields) in space - in orbit around the Earth and the Moon. This will be achieved using robots and 3D printers. This could solve our clean energy needs (Future Energy Solutions) and prevent climate change!

The Moon provides a suitable place for building space hardware. Given the low gravity on the Moon it is possible to use the technology of the rail gun to launch raw materials from its surface into Lunar orbit. There robots and 3D printers will consume these raw materials in their manufacturing process.

In addition to orbiting lunar space stations there will be a base on the Moon (called "Moon Base Alpha" perhaps?). The greater achievement will be a base on Mars! See the realistic sci-fi story entitled Education 2049: Looking forward to the great journey