This aims to predict the transport related technologies that will be available in 2050. It is estimated that there might be a +/- 20 year uncertainty and so it spans the era from 2030 to 2070. It is assumed that technological developments will continue to proceed at an exponential rate.

Artificial intelligence (AI) will have taken over all data collection, data analysis, scenario modelling, and the calculations for making things more effective and efficient. Their recommended scenarios will be presented to society, to vote on the which scenarios are preferred (from a human perspective) and should be implemented.

AI will become very powerful! The AI community debate when the AI Singularity will arrive: the point at which AI is as intelligent as humans [and then goes on to become more intelligent at an increasing rate]. Several estimate this will arrive within 40 years, some estimate sooner. However, for the coordination of transport, full human like intelligence is not required.

AI capabilities by 2050 might be more than enough based on Ray Kurzweil’s predictions:

» 2045 Singularity: AI passes humans as being the smartest and most capable

He also predicts that people will spend most of their time in virtual reality.

The Internet of Things means that pretty much everything will be monitored (subject to privacy laws). It is predicted that there will be trillions of devices connected to the Internet. This gives rise to Big Data - massive amounts of data, collected in real-time; and only meaningful to super-computers and AI.

Sensors in the transport infrastructure, systems, and vehicles can monitor traffic flows, travel times, weather, and a whole lot of other data too. The AI can use this data to predict various things, including but not limited to:

» The timing of proactive maintenance on infrastructure, systems and vehicles

Note: The reference model suggests that advanced bookings are taken to improve the ability of the AI to predict future (daily) demand, because with a high proportion of leisure time, travel demands could become less predictable than today’s commuting patterns. The infrastructure can be built to have spare capacity to cope with some of this (and can be quickly updated over time to meet the changing needs of citizens - as expressed in their transport policy). The system can also offer incentives to travel at off-peak times, to dynamically manage the demand in real-time.

Robots take on many forms: robot arms, humanoid, crawlers, climbers, flying drones, etc. There is a robot form to implement every practical task. They are autonomous and can move around without human assistance. They can work alongside humans, or on their own. They can learn things and share what they have learnt with other robots, via the Internet.

The world of additive manufacturing, and construction, will be dominated by 3D printers. They can print just about any (composite) material and create just about any object - even parts with electronics in, moving parts, and biological organs! All future buildings, transport infrastructure and vehicle components are printed, either in-situ or as modules that are assembled later (by robots).

Note that because 3D printers will be able to create nearly anything locally, this will probably simplify and reduce supply chains and the logistics of deliveries. It is anticipated that the most popular deliveries will be of basic raw materials [like we order ink for today’s printers]. With advanced 3D printers and (open) designs on the Internet, anyone will be able to print just about anything at home.

New materials have already been developed, in laboratories, that are much stronger / lighter than steel and concrete. In addition, 3D printers can now print composite materials, so we can expect advanced materials that are strong, lightweight, flexible and durable. So we can expect to see strong lightweight designs used in the construction of buildings and transport infrastructure. This allows the construction of designs that are currently not possible. We can expect AI design tools to make optimum use of such potential to produce designs that look appealing and provide efficient buildings and transport solutions. The city of 2050 will not be limited to 2D thinking; novel 3D transport infrastructure designs will be possible.

One particular advantage of this is to remove the classic bottleneck in road traffic networks: the intersection. By having flyovers and underpasses at every key junction the capacity of a transport network is vastly improved; perhaps by over 100 percent! This provides a method for eliminating stops and delays on each journey.

Another way to eliminate stops and delays is to use these materials to create many more direct routes between popular origins and destinations. A whole matrix of direct O-D routes could be built in 3D space. Other than cost [if that is an issue in 2050] the potential downside is the esthetics of having lots of routes across the skyline - even a nice looking design might not be suitable, if it is everywhere you look. That would be a decision for the citizens of 2050 to vote on. Alternatively, those direct routes could be underground.

One of the most impressive outcomes of nanotechnology will be nanorobots. Currently, experimental passive “nanobots” exist in the laboratory, but the big future is for nanobots that act like machines and can build things at the nanometre level upwards. This could lead to smart materials that are able to build structures on their own, add active features, and repair themselves; plus much more. For example, this offers the promise of self-building infrastructure, adaptable infrastructure, and self-repairing roads.

Nanotechnology has also been used to create television screens [quantum dots] and OLED displays that are flexible. Given such technologies it would be possible to make transport pods that can dynamically change their surface: transparent/opaque; change colour; display video. We can expect customisable pods to suit the preference of their users and/or keep them entertained. They could be looking out of their transport pod window as they travel and then decide they want to change it to a movie instead.

We all know about self-driving cars, right? Well they get smarter. They work with the transport AI system to dynamically provide real-time optimisation of the traffic network. Intra-city cargo is transported in the same way as people, but in cargo pods.

Magnetic levitation has been around for a while for transporting train like vehicles. A breakthrough [?] in room temperature superconductors means that maglev becomes cheaper, more energy efficient, and capable of being used in many more places such as for horizontal and vertical transport in skyscrapers. This replaces lifts, as the maglev units can climb to any height and move along horizontal corridors too. 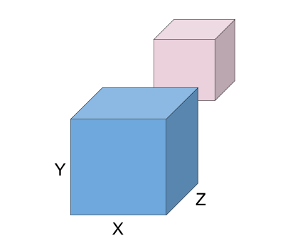 Last but definitely not least is virtual reality (VR). This is an information and communications technology but it has been separated out to emphasize its importance to any future transport strategy:

It is expected that VR will significantly reduce the future demand for the transportation of people.

By 2050, VR will be fully immersive and very realistic - stimulating all of the senses.

This means that you can experience realistic meetings with other people in different locations. It also means that leisure time [of which there will be more] can be spent in realistic immersive film based experiences and potentially much more addictive VR games. For these reasons it is expected that VR will significantly reduce the demand for transport.

The remaining demand for the transportation of people will come from work [of which there is less need for, and no rush hour commutes], and minor miscellaneous transport needs.

However, other people might still enjoy the pleasure of a real trip, and want to travel to different areas to experience various authentic leisure activities. Similarly, there might be many more leisure events attracting lots of people.

You can see more details about VR here:

Ray Kurzweil’s predictions suggest that people will spend most of their time in virtual reality before 2050.

In conjunction with VR technology it is possible to remotely control a robot.

For example, it is already technically possible for surgeons to remotely control robots that perform operations thousands of miles away; and surgical robots can have very good precision and eliminate the tremors of a human hand.

If you require more information about any of these technologies then please ask.

» Solutions to Traffic Pollution in the 21st Century