The good, the bad and the ugly of innovation 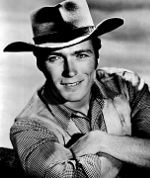 Over the years innovation has done a lot of good for many millions of people across the world. This is mainly as a consequence of:

» A deliberate attempt to directly make life (and other things) better

» Competition in the market-place to deliver better value and quality.

In the first case, this might be driven by noble intentions to improve the life of people, animals or the environment. The latter case is often driven by a need for revenue, profit and/or survival of the business (in the face of increasing competition). Some innovations are driven by both factors: business is often called upon to develop and deliver an innovation.

So let us look at some examples of the good things that innovation has done for us.

Rise of the Machines

Thousands of years ago we humans demonstrated our oustanding ability to make tools. This meant that we could make and do things that were very difficult or impossible to do with our bare hands alone, and that gave us the edge over other animals. Then a few hundred years ago we invented machines, and applied them to many aspects of our lives. Machines are able to do things faster than us, apply greater force than us, and do things we simply cannot do without them. Many machines can also work autonomously without the need for human intervention [except when they break or go wrong]. So let us hear it for the machines [hooray!].

Power to the Machines

Before we look at some examples of the many types of machines out there, we should consider another great innovation. First generation machines were powered by energy from the environment [energy for free, there is a nice thought]: the energy in rivers was harvested by water-wheels. The circular motion of the waterwheels was used to turn machines in factories or mills. The next generation of machines were powered by burning coal to generate steam and drive pistons, which powered pumps and machines. Then, coal powered steam was used for one of our most fantastic innovations... the generation and distribution of electricity! We take it for granted these days, yet without electricity most of the machines that benefit your life would not function. Electricity today is generated from gas, nuclear [fission], hydro-electric, wind, and solar energy; and some coal, but that is being phased out. [As an island the UK also has a massive, yet untapped, opportunity for tidal power.]

Take a while to reflect on this. Consider the functionality that each machine provides and what the associated benefits are to its users. Record this in your Notes. This activity will help you to develop your creative skills; and it gives you the opportunity to practice a marketing skill (they say you should always sell the benefits, not the functionality).

Innovation has made enormous improvements in our health and wellbeing. For example: many devices and scanners to diagnose our health problems, DNA analysis, medicines to cure us, pain-killers and anaesthetics to subdue pain, operating theatres and modern surgical techniques, support for organ transplants, artificial limbs and joints, cosmetic surgery (facial reconstruction and face transplants), treatments to fight cancer (chemotherapy, radiotherapy/X-rays, gamma-knife, and proton-beam therapy).

Did you know? PET scanners use anti-matter!

This sector can expect to see an explosion in further innovations too. The following may be coming sooner than you think: stem cell therapies, growing replacement teeth, curing paralysis, growing replacement organs, nano-bots to cure disease, life-spans in excess of 120 years, and perhaps... head transplants!

Also, did you know?

» There is a factory where robots grow human body parts.

» Intelligent laboratory robots design and conduct their own experiments.

Within the second half of this century, it might even be possible to live forever [well nothing lasts forever, so let's say a very long time]: as a human body; or by having your brain scanned and uploaded into a virtual world inside a super-computer. There are already, at least, two large research programmes to scan the human brain in amazing detail: recording the precise details of neurons and their synaptic connections. (This is currently for medical research only, which is often good; but might there be an ugly side too?)

Computers and artificial intelligence are one of our most powerful innovations. Here is what they can already do:

» Beat any human at Chess, and now the harder game of Go.

» Learn to play video games faster and better than humans.

» Win the champions of the knowledge quiz show Jeopardy.

» Understand and speak human language; and translate it into the languages of other countries as text or speech.

» Design and conduct their own laboratory experiments.

» Identify patterns in any type of ("big") data and make predictions, e.g.: traffic flows for tomorrow; future crime patterns; and your future health.

» As robots they can copy human actions, which will lead to: sophisticated manufacturing; care for the elderly; and performing search and rescue (even in dangerous scenarios).

They will become experts in medicine, science, and education. And, when they know everything we do, and more, then they might well become the innovators of the future! This is serious stuff and you should not underestimate the impact that AI will have.

Take a look at some of the following videos of robots, especially the Atlas robot:

You can see that robots are becoming surprisingly capable, and in some cases human looking. This is the start of our next generation...

Take a while to reflect on this. Consider what AI and robots can already do, and will be able to do. In each case identify where this could have a positive impact on your business / organisation. Record this in your Notes.

Please enter your note below and press the Enter key. (If you are entering a "to do" note then the calendar might be useful.)