The good, the bad and the ugly of innovation

We might not want to dwell on this topic but it is important to be aware of the fact that sometimes, some people and organisations, deliberately use innovation to do bad things. The most blatant example of this has always been in warfare and weapons. Billions of dollars are spent every year on the development and procurement of new weapons. The world of business and commerce often borrows analogies from warfare and so, perhaps not surprisingly, businesses might use innovation to do "battle" with their competitors.

Rise of the Weapons and Warfare

Thousands of years ago we humans demonstrated our oustanding ability to make tools. This included our earliest forms of weapon, such as the club and the spear.

A few hundred years ago we invented machines and over the centuries machines have been used in warfare: tanks, ships, submarines, aeroplanes, chemical and biological weapons, bombs, and missiles. One of our most destructive machines to date is the hydrogen bomb, which is much more destructive than the atom bombs dropped on Japan in World War Two. There are enough nuclear warheads to destroy every major city on Earth. 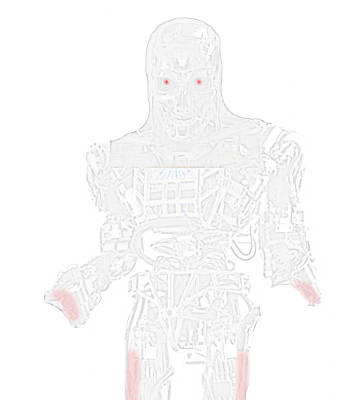 New types of warfare are on the rise in this century and they include terrorism, cyber-warfare, and killer robots. All three of these represent a significant threat. For example, there is a high profile campaign to stop killer robots from autonomously carrying out their actions. Some of the robots you watched on the previous page might be asssociated with military projects, and if left unchecked this could lead to a scenario similar to that of the Terminator films!

Valuable information in this context includes: knowing what the weapons capability and intention of a (potential) enemy is. From a national perspective, this information is collected by the intelligence services.

So what does this have to do with you? Hopefully, not a lot, unless you happen to be in an industry associated with some aspect above. However, some of these approaches do have analogies in business.

In the corporate world of business, some of the above aspects may be copied, but on a less blatant and destructive scale. In particular, intelligence on competitors allows a business to be aware of what is happening (and going to happen) in the marketplace. This might allow a business to prepare for the next innovation and thus avoid the negative impact of [unexpected] disruptive innovations.

Fortunately, you do not have to be secret agent 007 to gather intelligence on the next disruptive innovations. There is plenty of information in the public arena that shows what many of the big disruptive innovations will be. Any innovative organisation, or any business that wants to survive, should always be aware of what is happening. You can call this function "intelligence gathering", or "research". This information can be found on the Internet, and at least one person in your organisation should be doing this research on a regular basis. Take a monthly look at Innovation Future Specialist.

Take a while to reflect on this. What defensive measures does your organisation have in place? What should you be implementing to protect your organisation? Do you do enough "intelligence gathering" / research? How can you improve your research? Record this in your Notes.

Please enter your note below and press the Enter key. (If you are entering a "to do" note then the calendar might be useful.)